The pound gave up a large percentage of last week’s gains yesterday as the lack of Brexit progress came back into the limelight. Rumours continue to surface that Theresa May’s leadership is being challenged, with a number of senior members of parliament asking the PM to commit to a date for her departure. 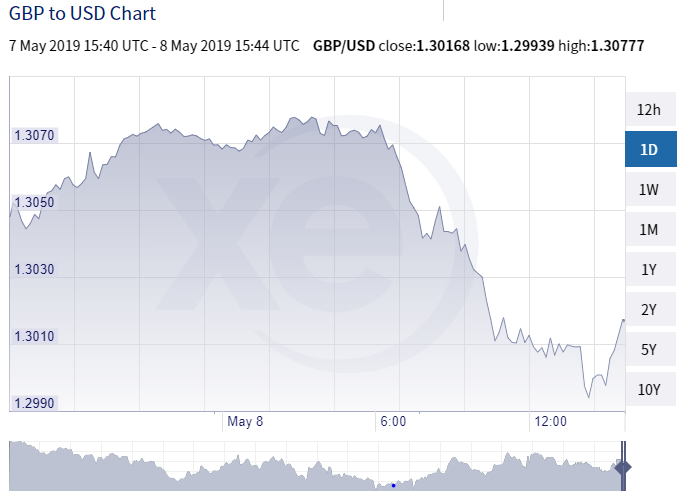 The US dollar has been choppy thus far today after Chinese trade data showed an unexpected drop in exports. This follows comments from Donald Trump earlier this week that the US would be looking to further increase trade tariffs with China. The stall in trade negotiations, and lower than expected trade surplus in China has sparked further concerns over global growth which has seen equities sold globally with traders seeking refuge in safe-haven currencies.

The pound has been sold off on the back of the rumours of escalating unrest in British Parliament. The data docket is empty today, with just the RICS house price survey to come overnight. The level to watch for the pound against the dollar will be the 1.3000 support level.

The euro remains stable as conflicting data has been released over the past fortnight. The inflation outlook remains an important indicator and will be a significant factor in the decisions the ECB make in the coming months. ECB President Mario Draghi is today speaking in Frankfurt, questions regarding his replacement and future approach are bound to be the order of the day.

USD/CAD continues to hover in the 1.35 range as oil prices are edging up on decreased production. The Canadian Mortgage and Housing Commission announced that Canadian housing starts increased by 235,500 in April on a year-over-year basis, which beat the forecast 196,400.

The Reserve Bank of Australia kept its cash rate on hold today at 1.50%. Bank officials said increased spending on infrastructure, combined with surging exports should underpin the economy going forward.

They acknowledged that soft house prices are weighing on consumption and put their focus on the Labour market for clues as to whether they will cut rates in the future. 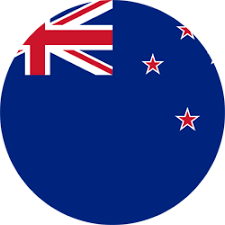 The Reserve Bank of New Zealand cut the Official Cash Rate to 1.5 percent, going against the trends established by US, Australian and Canadian central banks. The NZD plunged lower in immediate response.