The Euro has been under pressure this month, losing 1% against the mighty greenback. Data from the euro area has been very soft lately and with the German economy sliding into recession -like conditions. The Ifo Business Climate missed expectations today, adding to a lower than expected German Manufacturing PMI. The ECB is hoping this is a temporary setback. Investors will be closely watching for the President Draghi’s speech due later today, ready to sell on sight at the slightest dovish comment. 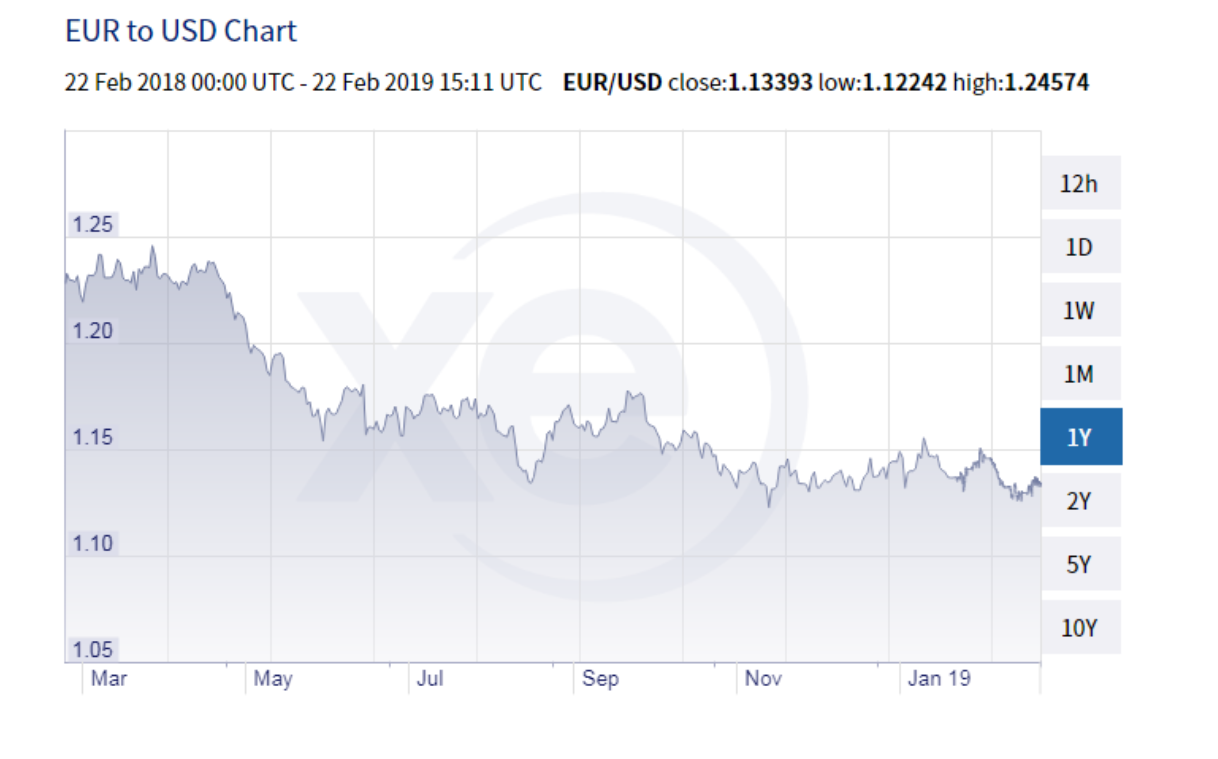 The greenback is trading flat against most major currencies as the market awaits concrete developments from the ongoing US-China trade talks. The temporary 90-day trade truce ends March 1st, but US President Trump has already signalled that the US is ready to wave the magical wand, extending the deadline as both parties concoct a trade deal. The Pound Sterling comes under pressure this morning with profit taking activities ahead of the weekend. The waiting game continues: Market is hoping for an announcement from Brussels on a Brexit breakthrough. It will be a busy day for Central bank leaders – ECB Draghi’s speech will be thoroughly analysed for clues about (any) policy changes as the Old Continent stutter with poor incoming economic data.

The market is holding its breath, waiting for concrete updates from Brussels where the UK Prime Minister May is meeting with EC President Juncker. The Sterling slid to a three-day low as there are now growing doubts that both parties can come up with a new exit plan before the March 29 deadline. Reports of a three-month extension are adding to market volatility.

EUR/USD continues to consolidate with a negative bias this morning. The shared currency is expected to come under pressure after the German Ifo Business Climate Index fell from 99.3 points (January) to 98.5 points this month. Once again, data and sentiment point to stalling growth for the German economy. The market now waits for ECB Draghi’s speech due later today for more trading impetus. Any indication of extending stimulus from the central bank will add to selling pressure for the pair.

The Canadian loonie holds onto recent gains against the US dollar despite retail sales missing market estimates this morning. Headline retail sales edged down 0.1% in December. Meanwhile, NYMEX WTI crude moves 1.35% higher to a three month high and slowly approaching key $60 a barrel.

AUD/USD is bouncing back after collapsing nearly 2% yesterday. China’s Dalian port has banned coal imports from Australia “indefinitely”. We expect the pair to trade with a bearish bias as authorities work on a solution to the coal crisis.

Dollar-yen continues its consolidation theme close to the 111 handle in the absence of significant economic data. We expect more of the same from Fed Speakers today: patience and cautious message. CPI numbers from Japan came in line with the market’s estimates and remained very far from the BOJ’s target. We expect market reaction to be muted ahead of the release of the Monetary Policy Report.