Sterling Shines Despite Brexit Uncertainty Rumbling Under the Hood

The British Pound seems to have regained composure and is trading higher this morning. GBP/USD has strengthened by 0.85% this week. The pair continues to exhibit volatility. The EU and UK have agreed to a new extension and there is hope that the House of Commons will find a solution to the current impasse. All the options remain open and the market holds out hope for less drama and more action from the MPs over the coming weeks. 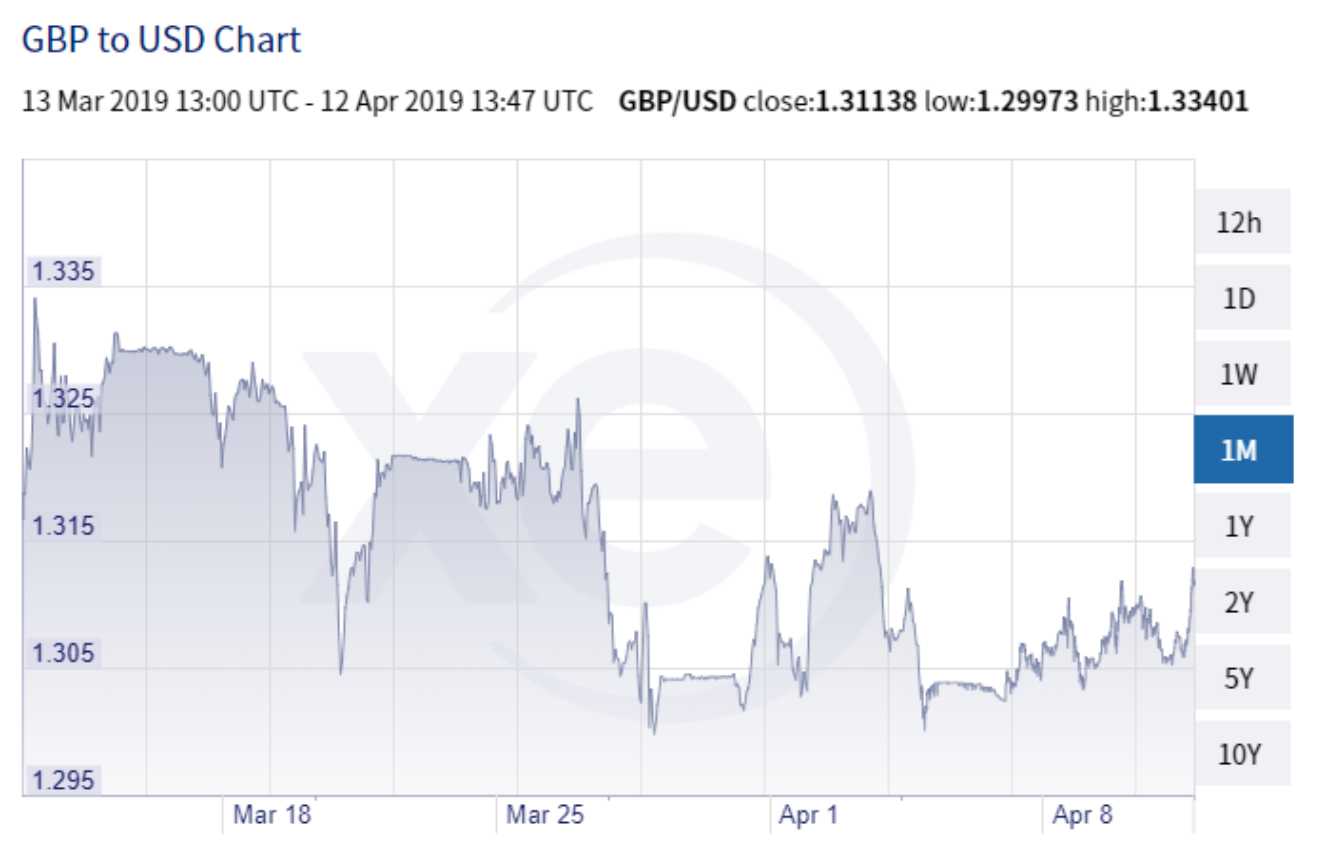 Commodity-linked currencies are trading broadly higher against the greenback as WTI crude oil resumes its rally. NYMEX oil is up by 1.4%, closing on a six-month high. US import prices rose by 0.6% last month, driven by higher fuel prices. The Export Price Index advanced during the same period.  The economic calendar is relatively light today. Attention will now turn to US consumer sentiment index for further trading impetus. Across the Atlantic, the EUR peaked at a 2 ½ week-high, while the GBP is trading higher on “new” hope of a break in the Brexit impasse. However, if we take a closer look under the hood, the economic fundamentals and uncertainty are still clogging the outlook and today’s rally is unlikely to maintain the momentum as we close the week.

GBP/USD is also in a buoyant mood after EU leaders agreed to a new extension, easing fears of a no-deal Brexit. However, we do expect more political uncertainty as the MPs get more time to debate and this could weigh on any further upside for the GBP. The House of Commons is expected to take “swift” decision on the return after Easter.

EUR/USD climbed above 1.13 following the release of better-than-expected data out of the Eurozone. Industrial output dropped 0.2% versus market estimates of a 0.5% contraction. The European currency is trading 0.5% higher.

USD/CAD is turning negative, down 0.4% with the loonie riding the wave of stronger oil prices. WTI jumped 1.40% since yesterday’s close. The risk-on sentiment is weighing on the USD after data showed Chinese exports improved. The pair is expected to trade within a consolidation range for the rest of the day.

The Aussie sold off off 0.7%. The move lower was on the back of US strength, with US PPI coming in at a strong 0.6%, beating expectations of 0.3%. An increase in the Produce Price Index bodes well for future increases in the CPI. Unemployment claims came in lower again, and the 196,000 claims made for the lowest level since 1969.

The Kiwi also tested its recent lows with the 0.6700 level just managing to hold. For how much longer, is not certain.

USD/JPY soared to a 5-week high following better than expected export data from China. Investors’ sentiment received a boost, encouraging an outflow from safe-haven assets. The pair is up by 0.3%, and we expect the rally to continue with the key 112 immediate level on sight. though, and a break below there will have the Kiwi losing altitude quickly.