The Canadian dollar strengthened on the back of better-than-expected inflation reading. The Consumer Price Index rose by 1.9% year-over-year in March, according to the latest figures released from Stats Canada. It was 1.5% in February. The price increase was broad and this may cause some headaches to Bank of Canada officials as they meet for their monetary meeting next Wednesday.

The Business Outlook Survey did point to economic headwinds in the energy sector, housing markets and trade relations. USD/CAD should return back within recent ranges ahead of this key event. 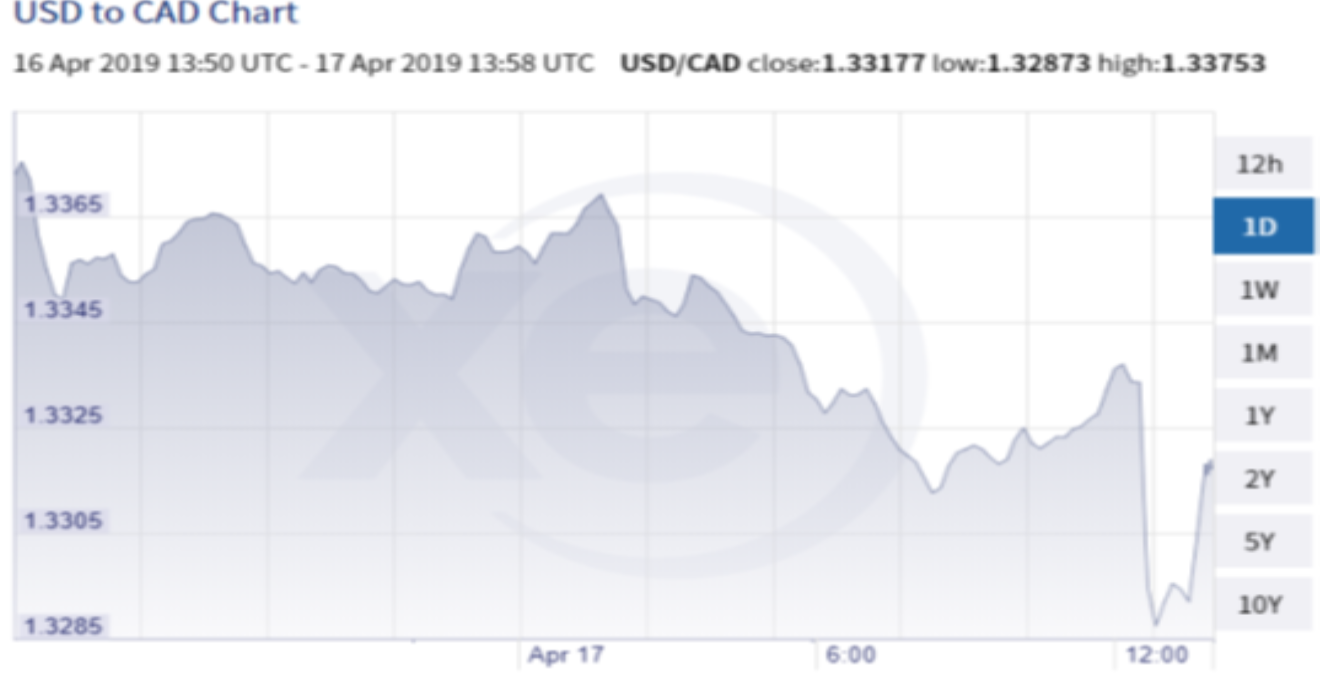 Commodity currencies are having a blast at the expense of the greenback after data out of China surprised to the upside. Q1 GDP growth was at 6.4%, beating market estimates and industrial production grew at a whopping rate of 8.5% year-on-year. Following recent fiscal and monetary stimulus, the Chinese economy is already showing signs of stabilisation and growth. The yuan is now trading at a four-week high against the USD. The AUD, NZD and CAD (late to join the party) have all strengthened, and WTI crude oil resumes its march higher, up 0.5% on the day. We expect risk-on sentiment and unchecked euphoria to weigh on the US dollar against its major peers.

GBP/USD is searching for direction, fluctuating around the mid-point of 1.3000. CPIH 12-month inflation was steady at 1.8% in March, unchanged from its prior month reading. The market waits for new development around the exit plan and prefers to avoid heavy directional bets.

There was hardly any market moving data out of the Eurozone. The euro area annual inflation was at 1.4% far from the goal set by ECB. EUR/USD continues to play around the 1.13 mark with an eye on PMI numbers due out tomorrow.

The Canadian loonie is trading firmer, near a four-week high against the US dollar. CPI rose 1.9% on a year-on-year basis last month, up from 1.5% and above market estimates. In a separate report, the trade deficit narrowed down from $3.5B to $2.9B. USD/CAD is expected to remain under pressure today, trading close to the lower end of the recent consolidation range.

Strength in China's economy is elevating the Australian dollar. Analysts from Morgan Stanley and RBC say now is a good time to bet on Australia's economy, and currency investors are hoping for positive news out of RBA minutes and New Zealand's Consumer Price Index.

Dollar-yen jumped to above a four-month high over strong Chinese economic fundamentals. Risk on flows are back, fear of global slowdown is easing and soft local data out of Japan are the main drivers for the higher push. Japanese Industrial Production grew by a meagre 0.7%, with the market expecting growth of 1.4%. US Beige Book and Flash Manufacturing PMI will generate more trading impetus for the USD/JPY with a tilt to the upside.

Sign Up and Get A Free Quote In Minutes