The British pound fell to its lowest level in five days against the greenback as political drama continues to undermine investors’ sentiment. There is a fierce battle raging to win the post of PM. The market is cautious but is hoping for a swift decision on the Brexit plan once all the political noises settle down. Meanwhile, we expect GBP/USD to remain volatile and could revisit the lows last seen in December if sentiment turns sour. 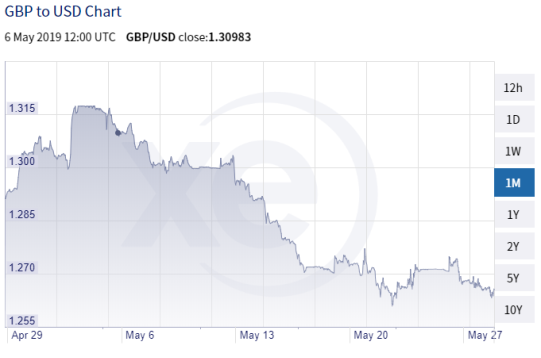 Global financial markets continue to be driven by fears of escalating tension between the US and China. Reports out of Beijing are suggesting that the country is preparing to retaliate with a ban on rare earth metals which are used in technology manufacturing such as microchips, cellphones and the like.

Though we are not expecting a return to the old barter system, the risk-off sentiment is undermining currency action. The focus once again turns to falling 10-year US Treasury yields and prospects of a global economic slowdown. WTI oil futures records another drop of 3% this morning to trade near a two-month low. Commodity currencies are playing defensive and safe-haven JPY and CHF attracting safe-haven flows. 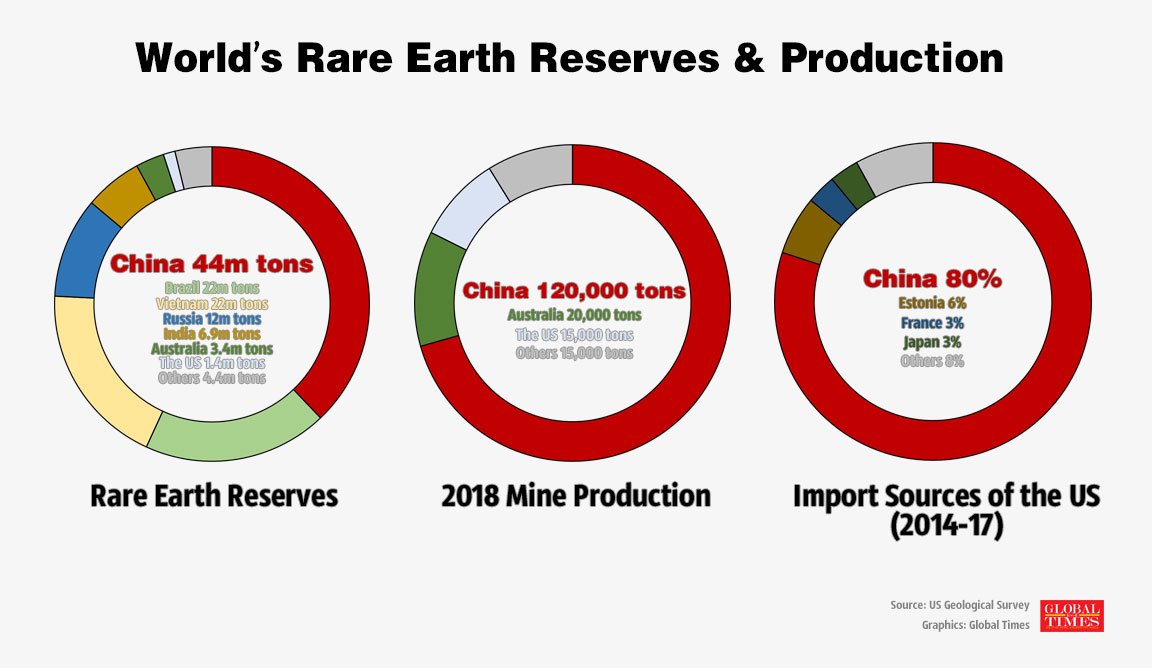 Politics continues to undermine the prospects of the Sterling. GBP/USD is trading below the 1.2650 handle as leadership contest widens in the UK. The appointment of a new leader is hopefully a small step to untangle the Brexit mess. The business community is hoping to have more clarity on future exit plans before the (current) departure date of October 31st.

EUR/USD falls towards the mid-point of 1.11, pulled down by tensions in international trade and disagreement in EU on who takes the role of one of the many presidents. The top job at ECB is also at play and is certainly influencing the euro. The European central bank is not expected to change its policy until “at least through the end of 2019” but the appointment of a new head may lead a change in expectations. There is no significant data for release out of the euro bloc, and hence we expect the currency to trade along with the general market sentiment.

The market waits for forward-looking guidance from the Bank of Canada. The USD/CAD pair is trading sideways after straying above the 1.35 mark before returning to familiar ranges. The BoC is expected to maintain its current policy rate at 1.75% against a backdrop of global trade strains and the volatile oil market.

AUD USD remains just above 0.69 today, as the currency market's attention is captivated by the trade stalemate between the world's largest economies. The Aussie is getting little love, as the other shiny object in the currency market may have been the slew of economic data out of New Zealand.

The Kiwi is also in a holding pattern today, hovering around 0.651 compared to the greenback. Business confidence (-32) and activity outlook (8.5) exceeded forecasts, yet there seems to be an 800-pound gorilla in the room which represents the US-China Trade War which is distracting from Australasian currencies.

Looking for more currency analysis, or for ways to capitalize on uncertain economic times?