Made in Britain: The Top Three UK Exports Across the Globe

Despite our size, the UK is a key player in global exporting and importing. We trade billions each year in everything from shoes to building materials, and – despite what some may think – we’re still home to important manufacturing businesses. Read our article on the top three UK global exports and find out why our industry is so valuable to international players.

Last year, we exported £32bn worth of machinery to countries across the world. Our main trade partners for machinery are the US and China; this year so far we’ve exported £5.6bn and £1.1bn to each country respectively.

Engines and motors make up £116 million of these trades, and we manufacture a huge range of small, detailed parts too. We even continue to make the analog counterparts of digital machines – this year we exported 1.25 tonnes of typewriters to Sierra Leone.

The majority of our machinery is made in the West Midlands. In the first quarter of 2015, the area exported £5.2 million in parts and complete machines – much higher than any other place in Britain. Historically, the West Midlands has been the heartland for industry; the Black Country (nicknamed for the abundance of coal and iron works – and the smoke) was essential for supporting the expansion of the Industrial Revolution.

Despite many manufacturers in the region struggling due to global outsourcing in recent decades, there’s still a high demand for machinery produced here. Skilled labourers, able to make complex items to a very high spec, make the machinery and machine parts produced in the West Midlands very valuable to international companies.

Our second largest export uses the same complex skills and manual work as machinery production, but in a much sparklier material: gems, jewellery, diamonds and precious stones account for £22bn of UK exports in 2014.

While larger territories like Canada, the US and China import a fair share of UK-made gems and jewellery – over £6bn between them – it’s one of the smallest countries in mainland Europe that’s our strongest trade partner. We’ve exported £12bn of stones and jewels to Switzerland this year; that’s the equivalent of every person in Switzerland spending £150 on gems.

Switzerland is also our biggest export destination for semi-precious or precious metal jewellery, with £949 million pounds worth arriving at their borders in 2014. That was more than our export of the same product to North America, Asia and Oceania combined.

All these glittering baubles are being made in the UK – but where? In 2014, London had about £1m worth of mineral manufacturing, which contributes synthetic stones to imitation jewellery. But across the country there are areas where jewellery making is a core industry, most notably Hatton Garden in London and the Jewellery Quarter in Birmingham.

Just as skilled labourers in the West Midlands are renowned for their ability to create complex parts, British jewellers are sought after by international partners for their skills in cutting, setting and handling precious stones, making our exports highly valuable.

3. Vehicles from the Midlands

Our third largest export originates in the West Midlands, and covers anything from vehicle parts and accessories to tractors, baby buggies, motorised scooters, tanks and motorcycles.

So far in 2015, we’ve exported £24.1bn in vehicles and vehicle parts to a range of territories. The biggest importer of our vehicles by far is China, with £5.6bn worth of goods sent to their country in 2014. We also have a strong trade agreement with the US, importing and exporting a huge amount of vehicles and vehicle parts to this major auto industry player. And we even produce the humble bicycle in abundance; in 2014 we shipped £2.2m worth of bikes to South Korea.

Just like machinery, vehicles are mainly made in the industrial areas of the country. The West Midlands is a hub for manufacturers; in 2015 so far businesses in these counties have exported 529,000 tonnes of vehicles – equivalent to more than 260,000 Land Rover Discoverys.

One of the reasons for such a high output is that the area is home to big auto businesses including Jaguar Land Rover and JCB, whose West Midlands manufacturing plants boost the counties’ – and the country’s – export. Jaguar Land Rover, with their intelligent expansion into Chinese markets, is particularly responsible for the positive output of the region.

For international partners, the UK offers an excellent combination of highly skilled automobile labour and the headquarters of some of the world’s most respected vehicle brands – making the exports in this industry very valuable. 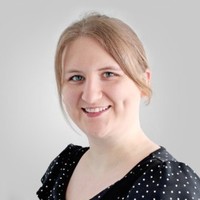 Do You Know Your Business’s Foreign Exchange Risks?

Why FX Risk Management is Crucial for Your Organization