Knowing some basic terminology about foreign currency exchange is valuable, whether you are an expat, traveller, or looiking into investing in foregn currencies.

If you are planning your first holiday abroad, or researching the fundamentals of the currency trading markets, it’s important you approach currency exchange rates with an educated eye. There are several exchange rate classifications which you should consider before heading to the airport, choosing a money transfer service provider or making a trade.

The essential rate categories which travelers should concern themselves with are:

Yet naming exchange rate categories is only the beginning. Understanding the nuances and differences between them will make your overseas money transfer experiences a lot easier.

Let’s look at each of these rate classes in more detail.

You might be looking to exchange euros for pounds, yen for USD, or Australian dollars for Canadian ones. The basic principles of supply and demand have a profound impact on what currency traders are willing to pay for a country’s currency. This valuation is also influenced by: 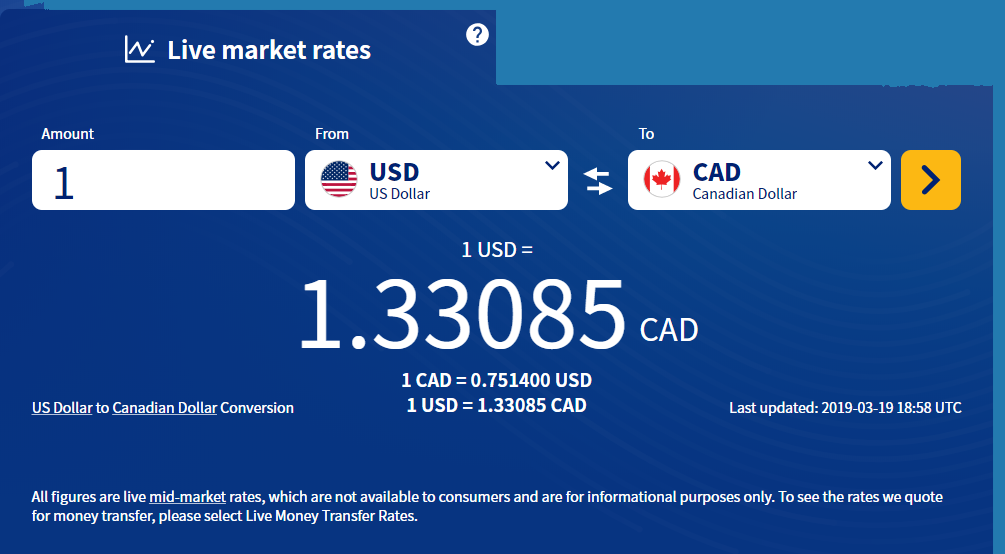 The mid-market rate (also known as the interbank or wholesale rate) is at the mid-point between buy and sell rates in the foreign currency exchange markets. These are the rates which banks, government organizations, investment brokers and large corporations buy large quantities of international currency at. Wholesale rates are based on the “spot market”, meaning the rate based on clearing a transaction as fast as markets and regulators allow. This time-frame averages around two business days.  XE's Rate Blender pulls in the

When you use the XE Currency app on your Android or iOS mobile device, or use the Currency Converter on the XE.com website, you aren’t seeing or hearing the transactional rate. It is the interbank rate, or mid-market rate which you see (unless you are in the UK, which has unique FCA regulatory requirements which money services businesses must follow). In other words, the cost at which banks trade currency with each other.

Money transfer service providers add a “spread” or margin to cover the cost of doing business and to make a reasonable profit. Some call them retail rates, and like with all retail transactions, you will find a variety of rates depending on the broker you do business with.

The transactional rate or retail rate are essentially the same, but if a money transfer service or bank charges fees, the transactional rate is higher. One way businesses and consumers can save money is by purchasing forward contracts to lock a rate in for a pre-determined length of time.

In some countries and groups of countries like the European Economic Community, the basis of currency rates are set and maintained by a Central Bank of a given country. These currencies have fixed rates, which are also called peg(ged) rates.

Floating currency rates are based on the value of other currencies, such as the US dollar, or based on the economic forces of supply and demand which were described earlier.  Though fixed and floating rates are a separate conversation from mid-market and interbank rates, knowing which countries have fixed rates (Japan and the EU, for example) or floating rates is an important consideration when investing or trading in currency. 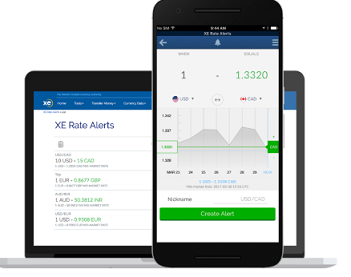 When your preferred currency rate reaches an exchange rate in your favor, it's a great thing. Yet if you don't make a trade in time, it's tragic. Rate alerts are personalized alerts XE can send you which let you know when the currency pair reaches a pre-determined value. In times of turmoil, volatile exchange rates can rise and fall dramatically, and missing a favourable currency window can significantly derail your plans.

XE has been providing businesses and consumers with accurate, timely currency exchange data for over twenty-five years. We curate this data from over one hundred of the world’s most trusted data sources, to provide our customers and users with the most reliable data available.