The British Pound is trading a new session low, down 0.4% on the day. Investors remain very nervous as we approach the key date of March 12th. On that highly anticipated day, the UK Parliament will vote on an “improved” Withdrawal Plan.

There are growing noises that the Plan will fail to attract enough votes to get it over the line: more chaos is likely to prevail, and an extension of the UK-EU exit date remains the next viable option. GBP/USD now waits near a two –week low and remains vulnerable to developments surrounding the Brexit. 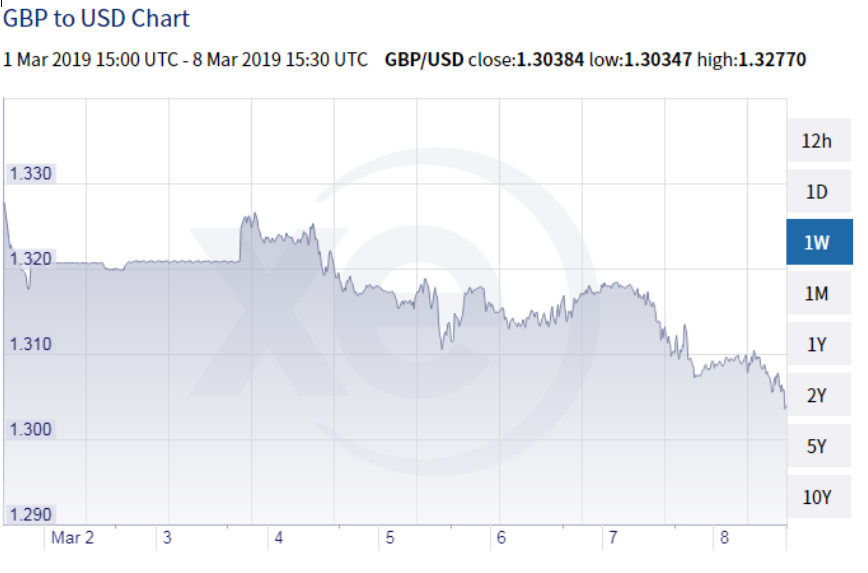 The US employment data surprised the market this morning with total non-farm payroll increasing by a mere 20,000 against an estimate of 180,000. The unemployment rate, however, declined to 3.8% in February. While the market continues to evaluate the shocking data; the US dollar index is moving lower. Equity markets are also trading lower after China reported a significant decline in the trade balance.

There are now growing fears that global economic slowdown would be more pronounced than initially expected. The euro is on the bounce after recording its lowest level since June 2016 yesterday. We anticipate the currency market will move out of its Goldilocks zone (as in, not too turbulent, not too calm)  as investors reassess the near term outlook.

Brexit negotiations are not leading to approach the critical date of March 12th anywhere; uncertainty continues to undermine the Pound. GBP/USD sank nearly 1% to record its largest single-day decline. The currency pair is now steady at two-week low but events over the coming week will likely inject more volatility.

After yesterday’s heavy sell-off, the EUR/USD is now recovering, up 0.25% as we enter the final session of the week. The euro reached its lowest level since last June 2017 after the ECB cut its growth forecast and expanding its stimulus policy. The decision came as a surprise to many investors and is stoking fears that the economic situation is worse than expected.

USD/CAD is retracting from its two-month high following lower than expected NFP data. The US economy added 20,000 new jobs when the market was looking for a growth of 180,000. On the other hand, the Canadian loonie is supported with better than expected job numbers.

Labour Force Survey showed the economy grew for the second consecutive month, adding 56,000 full-time jobs. The unemployment rate was steady at 5.8%. Meanwhile, housing starts were below market estimates. Investors will, however, accept the mixed data after the Bank of Canada signaled more headwinds in the near term.

AUD/USD is trying to recover after sliding nearly 1% yesterday. Better-than-expected Caixin China Manufacturing PMI helped the AUD to bounce above the 0.71 handle. Investors will be closely watching for China’s trade numbers next week along with the central bank’s decision. The RBA is expected to keep rates unchanged 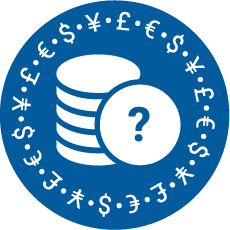 USD JPY slumped by 0.8% following the release of a shocking job report card this morning. The yen is now finding steady footing just below the 111 handle. There is now heightened worries over widespread global economic slowdown and US-China trade negotiations. Safe-haven currencies are now regaining their footing with equity markets under pressure and reduced risk appetite. The market will now turn its attention to Fed Chair Powell who is due to speak about monetary policy normalisation later today.

Moving funds between international accounts?
Sign up for XE Money Transfer and transfer money online when, .
You get free online quotes, so you know your costs before you book a transfer.